Visit Jordan by taking a short trip from Amman. Dead Sea, Petra, and Jerash Tours from Amman on sale!

Amman is the capital of Jordan, a country in the Middle East. Though it has been built up for thousands of years atop ancient ruins, it is now a very modern city. Over two million people visit each year, and the citys economy has grown rapidly in recent years. 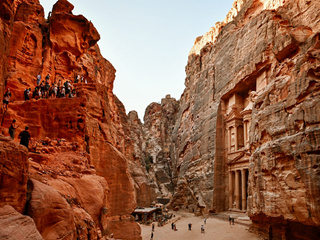