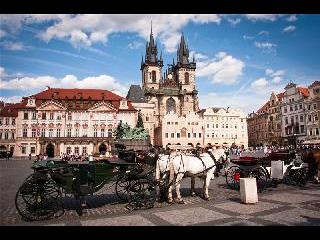 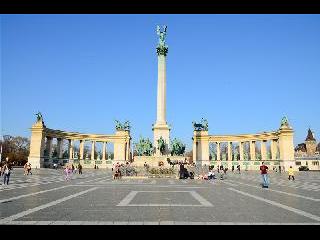 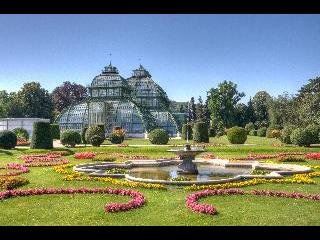 From USD $94.61
ChatNotify me when available

Note: What it's like to travel on a Flexi Tour? How does it work? For example, if you want to stop in Frankfurt (Day 6), please select "6" in "Number of Days". Please note the hotel accommodation is not included on the last day of your tour. List price is per person per day.
Changing your departure city is easy, just click on any "marker" along the route. To see other available loops, check out the complete "Europe Freestyle Bus Tours".
Note: IMPORTANT! Itinerary and End City Variations:
We constantly strives to improve tour itineraries and features. If such improvements can be made, or unforeseen circumstances beyond our control make changes necessary - we reserve the right to vary the end cities to substitute hotels. At certain peak periods duplicate departures may operate, and sometimes in reverse order in which case hotels may vary from those stated on the itinerary pages.

Head to the largest city in Switzerland. We will then visit the Rhine Falls. After lunch we will travel to Frankfurt, DE, where we will arrive in the evening.

A town and a municipality in the canton of Schaffhausen in Switzerland, which is close to the Rhine Falls.

From Frankfurt we will journey to Prague, CZ. This is also where we will spend the night.

Your Prague adventure begins with a spectacular walk along the Royal Route, start from the top of Castle Hill in the Hradcany district, and then tour Prague Castle. Further exploration then heads off around the imposing gothic St. Vitus Cathedral, the Old Royal Palace, St. George's Basilica and along Golden Lane. Later we will stroll across the iconic Charles Bridge, and on through the winding alleys to the Old Town Square, where you can see the City Hall and the Astronomical Clock. After lunch in the square, our coach will make the scenic transfer from Prague to the hotel in or near the Slovakian capital, Bratislava.

One of the best ways of seeing Budapest is by taking a river cruise. After a morning of activity, you'll relax over lunch at Buda Palace, and then have a chance to look at the exhibitions in the Budapest History Museum and Hungarian National Gallery, or do a spot of souvenir shopping. Next you'll explore both sides of the city on a cultural and historic tour. Highlights on the Buda side of the Danube include the towered terrace of Fisherman's Bastion, the medieval Matthias Church and a walk up to the summit of Gellert Hill for panoramic views. While over in Pest the sights include the expansive Heroes' Square and Hungary's dramatic riverside Parliament Building. In the evening, you can choose to round off an eventful day with an optional dinner in the heart of Budapest, where you can sample traditional dishes such as goose liver, goulash, duck leg and local wine, accompanied by Hungarian folkdance and music.

Budapest is the capital city of Hungary and is routinely considered to be one of the most beautiful cities in Europe. A large area of the city is considered a World Heritage Site by the United Nations.

Today we will enter the city of Vienna, AT Austria's capital. Begins at one of the city's most popular attractions, Schonbrunn Palace. After lunch in this refined setting, you will take a driving tour past many grand, famous buildings, including the City Hall, the Austrian Parliament, Hofburg Palace and Heroes'Square. In the afternoon, you'll have some shopping time, before adding the Wiener Staatsoper (opera house). Later, optional for dinner in the heart of the city or visit St. Stephen's Cathedral, before taking a stroll in Stadtpark. In the evening, we recommend the option of attending a Viennese waltz concert, which will allow you the unforgettable experience of hearing the music of Mozart and Strauss in the place where it was composed.

In the morning, we will depart from Vienna and head to Munich. On the way, we will visit the Mondsee, a beautiful town in the Alps. Upon our arrival, guests will have time to explore the city center. We will spend the night in Munich or nearby city.

A town in the Austrian state of Upper Austria located on the shore of the lake Mondsee. The town is home to the historic medieval Mondsee Abbey. The cloister church was used for the site of the wedding in The Sound of Music.

From our hotel in Munich or nearby city we will travel to Mount Titlis in Switzerland, where we will take a Cable Car to the top. After lunch we will make our way to Lucerne, CH to view lovely Lake Lucerne. We will also visit the Lion Monument. At the end of the day we will conclude our tour in Zurich or the city nearby.

If weather and traffic permitting, we might take a photo stop in one of the smallest country in Europe - Lichtenstein

The official language of Bern is (the Swiss variety of Standard) German, but the main spoken language is the Alemannic Swiss German dialect called Bernese German.In 1983 the historic old town in the centre of Bern became a UNESCO World Heritage Site.

This mountain looms in the Swiss Alps, near the city of Lucerne. A popular activity is to take the cable car to the top of the mountain. It straddles the border between Obwalden and Berne.

This Swiss city on gorgeous Lake Lucerne is popular with tourists due to its amazing views of the lake, Mount Pilatus, and Mount Rigi of the Swiss Alps. Some of the buildings in Lucerne date back hundreds of years.

Note: IMPORTANT! Itinerary and End City Variations:
We constantly strives to improve tour itineraries and features. If such improvements can be made, or unforeseen circumstances beyond our control make changes necessary - we reserve the right to vary the end cities to substitute hotels. At certain peak periods duplicate departures may operate, and sometimes in reverse order in which case hotels may vary from those stated on the itinerary pages.

Only spent one day w Geno but he was great and the rest of the trip w Micky. She went out of her way to help us out in any way we needed. Great tour, service and attention. The accommodations were adequate and you really get to see a lot in so little time. High paced but if you want to see many places in a short amount of time, this is the way to do it. Great value! The only thing I would suggest is clarifying that the tour can possibly include passengers speaking other languages, meaning that for every description it will be in both languages. I don't mind it but when you book a tour in English you expect it to be just that not translated from Chinese to English. It would've been nice to know that beforehand. I think that can make the experience better for future occasions if that's the case.