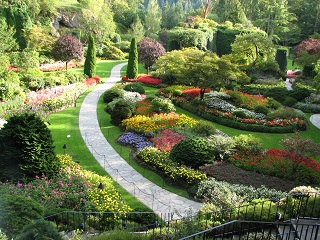 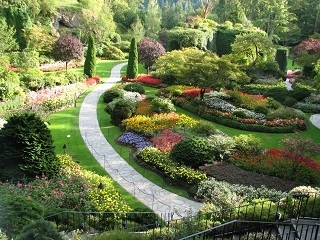 Today, we will take a ferry to Victoria, where we will visit the Butchart Gardens, Chinatown, Victoria Harbour, the Legislative Building, Beacon Hill Park, Empress Hotel or visit the Royal British Columbia Museum at your own expense. Afterwards we will continue to the Beacon Hill Park and Mile Zero. At sunset, we will take the BC ferry for returning back to Vancouver.

It was a blast! I was afraid because I knew I would be around of a Chinese group and It could be weird but it was amazing. I met some girls and they were really nice to me. Also the tour guide, Tony, is wonderful. I loved it.

My nephew and I had a great time. The tour guide and driver Amanda was very organized and gave good information about the sites and tour schedule. The tour is geared towards Chinese travelers who speak Mandarin or Cantonese. Amanda spoke excellent English and she made sure we understood everything.

It was a well organized and wonderful trip! Guide was knowledgeable and helpful. Trip was enjoyable despite the rain. People on the tour were great.

Our driver/tour guide Brian spoke very good english and was very helpful and informative. Butchart Gardens were beautiful and the time allocated was good. I would have liked more time in Victoria, but you are limited to the hours in the day!

Had fun on this tour! our driver/tour guide, Brian, was very informative. The time allotted to visit Butchart Gardens and the Parliament was just perfect, gives us enough time to enjoy the views without having to rush. Worth the trip!