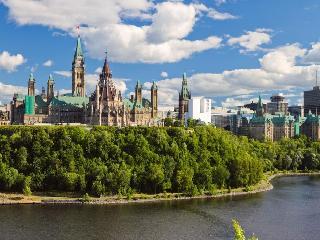 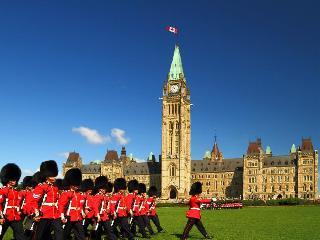 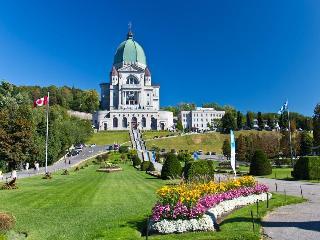 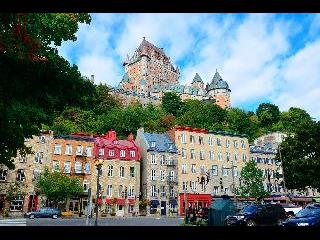 From USD $651.01
ChatNotify me when available
5% Group Discount Airport Pick up

Today we will gather in Toronto. Free transfer from the airport to hotels is available every hour between 10:00am and 10:00pm.

We will depart from Toronto in the morning for Kingston. Upon arrival guests would visit the Kingston City Hall, the Royal Military College, and the famous Queen's University. After lunch, we will arrive and take a city tour in the capital city of Ottawa, where our day will be spent seeing the city's sights. First stop at Parliament Hill to takes photos and visit the Canadian Museum of Civilization, followed by taking an exclusive arrangement to take the Ottawa [Capital] Cruise. Then, we will visit Sussex Drive where a number of embassies are located as well as the Canadian Prime Minister's home and Rideau Hall. At last head to Montreal, QC for the night.
Note: If the cruise is closed due to unforeseen circumstances, we will visit the Canadian War Museum instead.

Gatineau is a city in western Quebec, Canada. It is the fourth-largest city in the province after Montreal, Quebec City, and Laval. It is located on the northern bank of the Ottawa River, immediately across from Ottawa, together with which it forms Canada's National Capital Region.

Today we will tour Montreal, QC, visiting St. Joseph's Oratory and Notre Dame Basilica, before heading to Montreal Biodome. Then, we will arrive at the Olympic Park in Montreal and take an optional tour there to visit Olympic Tower. We will also visit Ice Hotel (only in winter). We'll next travel to the Olympic Stadium "The Big O". After lunch, we will head to historic Quebec City, where we will take in a panoramic view of the city from the Quebec tower. Then explore Old Quebec City. In the evening, we will enjoy a delicious French-style dinner.
Note: If The Big O or Montreal Tower is closed due to some unforeseen reasons, we will visit Montreal Botanical Garden instead.; If Biodome reopen, we will visit Biodome instead of Big O.

Departing from Quebec City in the morning, our journey will take us to the Thousand Islands region.
During summer (around April to October), we will take a cruise. You will see the historic Bold Castle on Heart Island too. Then we will head to the hotel in Toronto.
During winter (around November to next year March), before heading to 1000- Island , the tour guide will take you to experience Dog Sled. Then, we will substitute the Thousand Island Cruise with the 1000-Island Helicopter (20min), and arrive hotel in Toronto by evening.

Today, we will spend time in Toronto, passing by City Hall, the University of Toronto, Chinatown and more. Guests have the option of visiting the CN Tower to get n unprecedented view of the city. Then, during summer, we will take a harbor boat tour; during winter, we will visit the Aquarium. In the afternoon, we will visit Casa Loma.

Today we will visit Niagara Falls and see an IMAX Movie. And then, the tour will take you to a sweet trip of Maple syrup.
During summer (around April to November), Guests can take optional Hornblower Niagara Cruise at their own expenses. To sail across the fall.
During winter (around December to next year March), Guests can take optional tour Journey Behind the Falls.

Dulexe Hotel: Sheraton on the falls or similar

In the morning, we will head to the Brid Kingdom. And then visit the Skylon Tower, guests can enjoy their lunch in the falls view restaurant. In the afternoon, guests will take the ride to the beautiful town - Niagara-on-the-lake, taste ice wine samplers. In the evening, returning back to Toronto.