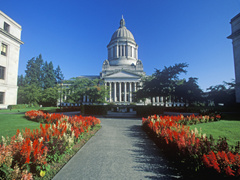 Departure early morning from Toronto, pass through Niagara Scenic Area to the capital of Massachusetts, Boston. First we will visit Harvard University and another world-class university - MIT. Then we will head to Boston Bay, Quincy Market, and enjoy street performances and shops. After Boston Lobster Meal, we will back to the hotel in the evening.

Begin the tour by visiting Boston downtown, a city with both modern and epic architecture. First, we will transfer to Boston Harbor for a luxury cruise. Next, we will drive to New Haven city and visit Yale University. Then we will go to the outlets shopping mall which includes more than a hundred fashion brand stores. After dinner, we will return to New Jersey hotel to rest.

In the morning and we will arriving at New York City. We will travel crossing Lincoln Center for the Arts, Columbia University, Metropolitan Museum, Fifth Avenue, Rockefeller Center, Central Park, and Times Square. Next, we will visit The Intrepid Sea, Air & Space Museum. After lunch, we will go to a sightseeing cruise tour to enjoy the city view of Manhattan from a different angle, as well as take pictures with the backdrops of Statue of Liberty. Furthermore, process to the world financial centre - Wall Street, 9/11 site, and climb the North American tallest building - One World Trade Center.

In the morning, we will head to the Philadelphia. We will pass by the well-known Independence Palace, Old Parliament Building, the National Independence Park. And we will proceed to the capital of US - Washington D.C. and visit Capital, White House, Lincoln Memorial. Afterwards we will return to hotel after dinner.

Today we will leave DC and head north, where we will stop in the town of Corning, NY to pay a visit to the Corning Museum of Glass. Before returning to Toronto, we will stop at a duty-free shop on the Canada-America border. Please see "Departure and Return Details" for pickup and dropoff information.

Thank you for taking us to watch the beautiful Niagara Falls. On the way out, you introduced us to the background and overview of the waterfall. Let us know that the waterfall is located between Canada and the United States. You not only introduce the view of the United States The feeling of scenery, and also said that watching in Canada is another feeling. When you even saw me taking a waterfall alone, I came over to take me to a more beautiful location. This is something I can not see on the boat. To the beautiful scenery, I really appreciate your responsibility as a tour guide. In addition, when I went to visit the museum, because I did nât go, you still accompanied me, afraid that I might get lost. In short, you left a deep impression on me.I think I can meet a serious and responsible tour guide. My luck, thank you for your efforts,tour guide Li.Hard work!

My name is Chen, Xin. Our tour leader is Yu Li.I want to give him a big praise. I feel really lucky to have him along the way. The intimate and thoughtful service left a deep impression on us all. Also learn a lot at the same time. I sincerely thank him for his service and hope to have the opportunity to participate again.

On July 26, 2019 five of our family participated in the 5-day trip to the United States. We have successfully completed our tour. The tour guide is Yu Li. On behalf of our family, I would like to express my sincerest gratitude to him. We are very satisfied with his work. He is one of the best tour guides we have encountered. Thoughtful service, due diligence, perfect itinerary arrangement, clear explanation of attractions, wide knowledge and high quality.let us all learn a lot of knowledge while traveling. In addition, my parents also participated in the tour together. They were 80-year-olds. Yu was very concerned about the elderly travelers during the trip. Because of the hot weather, he paid attention to greeting their physical condition every day. Such a thoughtful tour guide will accompany you, and we will rest assured!

Our family of three took part in your company's five-day tour of Meidong on August 2, and successfully returned on August 6. I am very satisfied with this trip. No matter the arrangement of scenic spots or accommodation and catering, we all feel the difference between your agency and domestic travel agency: clear service tenet, warm and considerate! In this trip, I'd like to thank Mr. Yu, the driver and guide. The five-day journey is nearly 4000 kilometers. We admire the driver's work with illness, diligent attitude and excellent driving skills. I'd like to thank Mr. Yu, the tour guide. He is a knowledgeable, patient and attentive Butler. There are more than 50 tourists in this tour group. In addition to arranging tour explanations (including Chinese and English explanations), we also serve the whole group's food, clothing, housing and transportation. We are very touched by the very thoughtful service. Mr. Yu has rich experience. Before the visit, he will guide you to understand and think about the place you are going to visit, and let you take the initiative to make in-depth exploration and visit with interest. It's very good! At the same time, Mr. Yu is also good at resolving all kinds of contradictions. Besides the Chinese, there are tourists from other countries in the tour group. Some people may have different opinions on some things, which are hard to be heard, but these are all solved in front of Mr. Yu. Thank you very much for the opportunity to meet Yu Dao. This trip also gives us a preliminary understanding of Tianbao tourism. I hope you will continue to choose your company for the next trip

On August 9, we enjoyed the high-end atmosphere, high-quality and high-quality happy tour of your company. our guide Yu is a handsome man with a wide range of knowledge, humorous explanations, satisfactory travel routes and considerate care of guests. He even arranges us to sit first every time we have a meal. When we are satisfied, he takes a rest. Careful, patient, dedicated, warm-hearted service, let us enjoy a happy tour. At the same time, the driver's master did his duty silently and painstakingly to ensure the safety of our trip. Tianbao travel company is the best in the same industry. We will introduce and recommend it to our friends who love travelling.

Worth the price for the trip