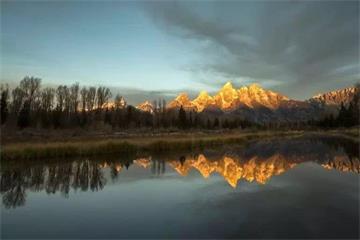 From USD $568
ChatBook Now
Buy 2 Get 3rd Discounted 5% Group Discount1. Receive 5% off when you purchase 3+ rooms on the same tour (single order only).
2. Receive 3% off when you book 3+ multi-day tours with minimum order total of $500 at once. Not valid in conjunction with any other discounts or pricing offers. Airport Pick up

Guests take a pleasant flight to Salt Lake City today, the largest City in US Midwest. The tour guide will welcome you at baggage claim and help to arrange a shuttle ride to your hotel.

Today we will first arrive in Jackson, and visit the Elk Antler Arches Square located in the center of Jackson! Then we will travel to Grand Teton National Park in the afternoon, where we see this natural wonder's amazing view. Next we will drive to World's first National Park - Yellowstone! We will sightsee beautiful Yellowstone Lake along with all the amazing geothermal features!

Famous frontier town, located at the crossing of Grand Teton and Rocky Mountains, it became a heaven for outdoors sports enthusiast. The widely praised Elk Antler Arches Park, with its four arches made with thousands of elk antlers is a must see.

The largest, oldest, and most famous national park displays a fascinating scenery of hot springs, geysers, canyons & waterfalls, and nature everywhere you look!

Standard Hotel: Big Sky (Tours depart on or before May 13th stay overnight in West Yellowstone instead, no breakfast)

We will continue to explore Yellowstone National Park this morning. Peaceful forests, steaming rivers and streams, colorful thermal phenomena... wonders come one after another! Then we will drive to Bear World in the afternoon, home to several dozen Native Rocky Mountain animals. At last we will go back to Salt Lake City.

I loved the whole tour. Highly recommended to all. Our tour guide did an awesome job sharing info with us about the places we visited.It's very convenient for passengers to tour Yellowstone with tour bus instead of driving ourselves. Excellent tour guide and amazing views.

I sit with safety driving i forgot his name and all places so beautiful nice hotel very good.

I loved the whole tour. Would recommend it to my friends. Our tour Rebekah did a awesome job sharing info with us about the places we visited.

The tour guide (Leo) speaks Chinese and English. My two daughters who were America-born Chinese, understood well during the trip. We had great time. The 4th day was finished at 9:30 am. Our airline tickets to Arizona was leaving at 6:20 pm. So we took the shuttle to the airport, rented a car there, drove to Provo to visit my daughter's friend who just graduated from BYU. It was good that we didn't waste any time.