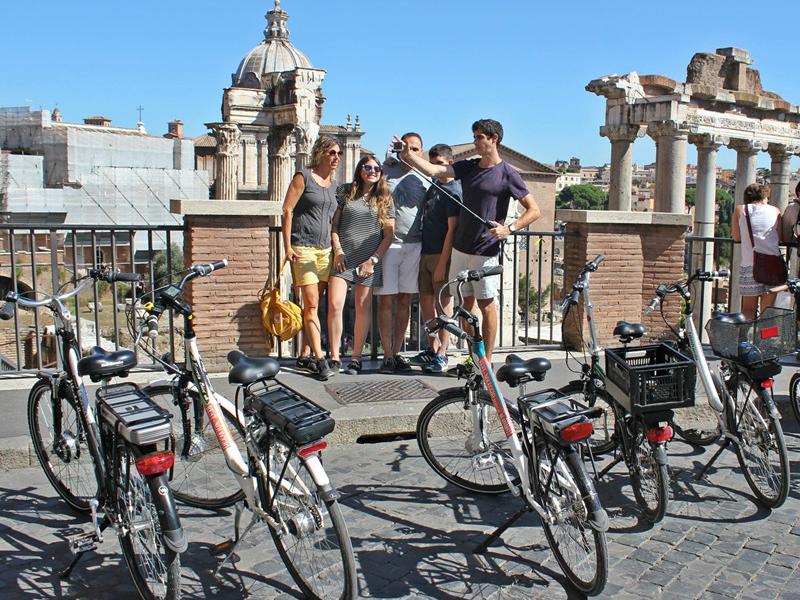 Today, we will tour the amazing city of Rome on the back of hi-tech electric bicycles. This 4-hour guided tour will pass by the most iconic sites in the Eternal City while we enjoy the breeze and almost effortless travel. After guests have gathered at the specified departure location, we will begin our journey. Along the way, an expert guide will share personal stories and ensure that we get all the inside info about the architecture, art, history, and everyday life of Rome. This is the perfect tour for guests who wish to cover a large distance in just a few hours, taking us past locations like the Colosseum, the Pantheon, and other ancient sites as we meander the maze-like streets. Please see "Departure and Return" for more detailed information regarding pickup and drop-off times and locations.