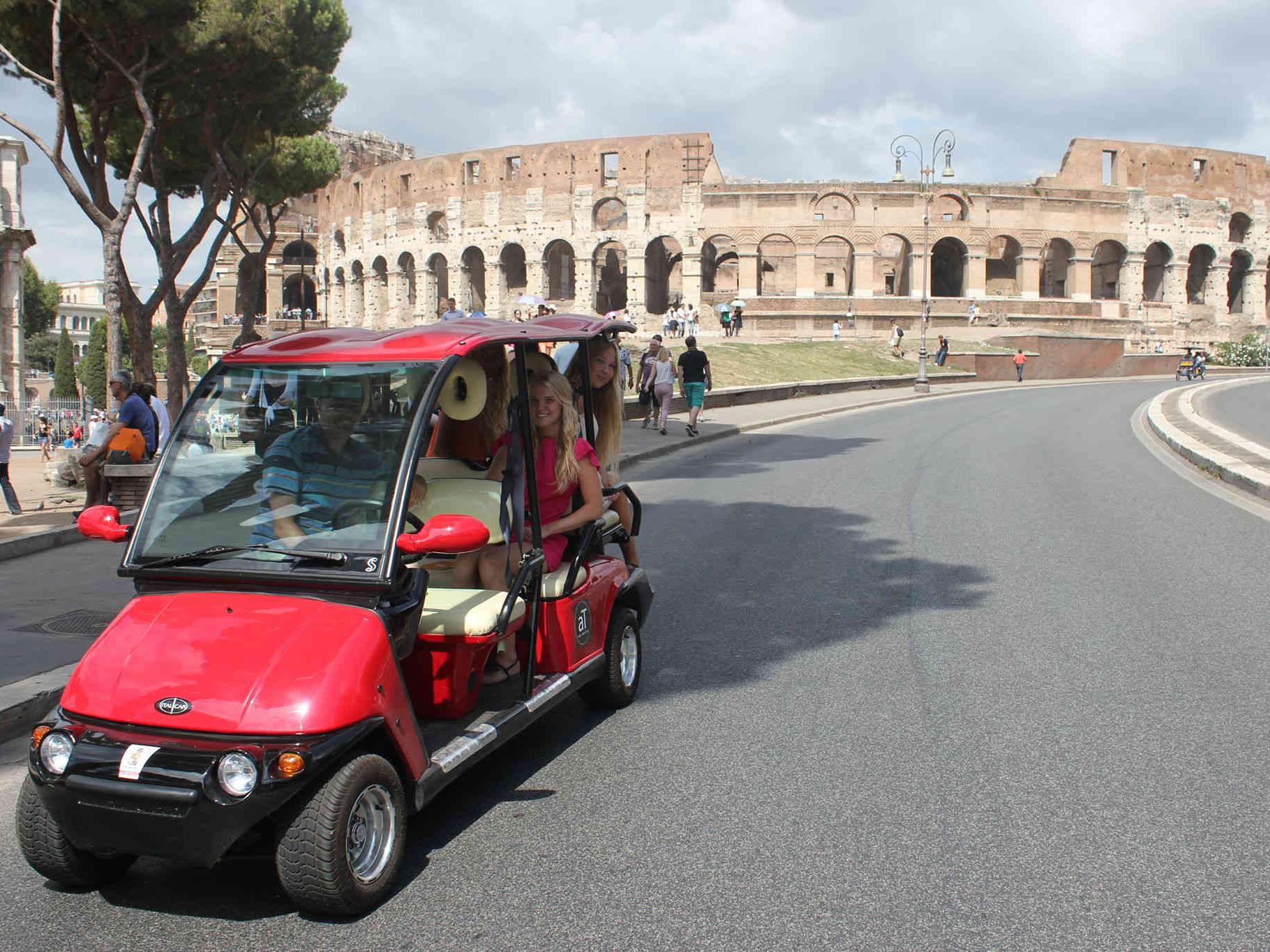 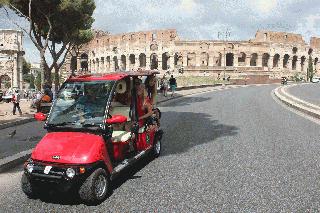 Tours are tailored to client's wishes and all itineraries are mere suggestions.

This tour is an amazing way to see the magnificent city of Rome from the comfort of... a top-of-the-line golf-cart! After guests have gathered at the specified departure location, we will get the chance to turn a long walking tour into a delightful adventure past the city's legendary fountains, monuments, and squares. There are a few different routes available depending on subject, but customization is also an option. This tour is ideal for families with children and allows guests to sit back and enjoy the ride with the help of an expert personal guide. Please see "Departure and Return" for more detailed information regarding pickup and drop-off times and locations.

We had a lovely relaxing experience on this tour. Our tour guide spoke perfect English and she was friendly and very happy to take us around the city on her golf cart. A very special way to go around Rome.