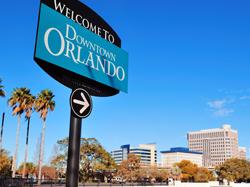 From USD $95
ChatNotify me when available

See St. Augustines Historical Landmarks and Natural Sites from the Water. Revel in the History and Embrace the Culture of Americas Oldest Town Visit the Oldest School House in the USA.

Guests will be picked up in Orlando and Kissimmee in the morning. From there, we will head to St. Augustine. Our day in this historic city will include stops at the Castillo de San Marcos, Fort Matanzas, Flagler College, the Lightner Museum, and much more. The highlight of our day will be a one-hour-and-fifteen-minute Boat Tour of the St. Augustine area narrated by the captain of the ship. Guests will be returned to the departure points in the evening.