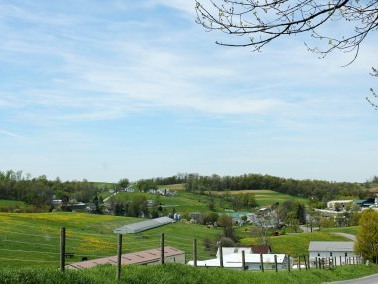 Passengers will be picked up in New York City in the morning. Today, we will first visit Philadelphia, PA. We will make our way to Independence Park, home of iconic landmarks such as the Liberty Bell and Independence Hall.

After a tour of other areas of the city, we will journey to Lancaster, PA, home of Amish Country. We will break for lunch at the Amish Farm and House. We will also take an authentic Amish Buggy ride through Amish farm country and learn how they live without the benefit of modern technology, no electricity, running water, telephone service, or appliances.

At the end of the day, we will return to the departure points for dropoff. See "Departure and Return Details" for more information.

A very nice trip, it was the first tour in Spanish for my wife.

Thank you for a great trip to Philadelphia and Lancaster. The tour was well organized and also our tour guide explained a lot and helped with everything. The Amish Village was interesting and the place, where we had lunch has some cute Little Shops with Amish specialities. And luckily it was sunny and pretty warm so we really enjoyed Walking through the Philly. If you are looking for a short historical trip to Philly, I would recommend this one.

In general, this is a really great tour to do for those, like us, who have little time, and so are looking for an all-inclusive experience. The visit of Philadelphia is very interesting. The tour guide was excellent; giving an informative commentary the whole time. The buggy ride in Amish country was great, and the Amish driver told us a lot about their lifestyle and customs. We passed by an Amish farm, and the farmer came out and was selling home-made cookies and pretzels. I bought a bag of the cookies, and ended up wishing I'd bought the whole lot as they were the best cookies ever!! However there is no lunch at an Amish farm: you actually stop at what is basically a shopping mall in the countryside, with a very basic cafeteria. There were some nice enough shops to buy some souvenirs, but nothing at all like the authentic Amish farm that we were all expecting. TakeTours should really address this. All-in-all though, the tour is good.

A full day was well managed with good commentary provided by the tour director. However, the tour information provided details of "We will break for lunch at the Amish Farm and House". This was not the case at all, which was disappointing and indeed false advertising. We did have a considerable time for lunch at a shopping precinct and it is felt that would have been better spent with the Amish at a farm house as advertised in the past and current advertising details. We were left somewhat disappointed as a result.

Nice to learn about Amish style, The 2.5 hour ride is comfortable.

Very nice travel for 1 day round trip. The guide who came with us, for Spanish/Portuguese customers, explained to us everything we needed and was always available to take pictures of us everywhere.