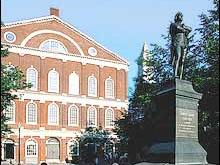 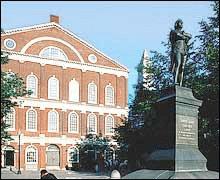 Passengers will be picked up in New York City in the early morning. Our first stop is the city of Cambridge where will find one of the most famous and most prestigious universities in the world: Harvard. Our tour starts with a walk in Harvard Yard the oldest academic ground in America. We see Widener Library and then rub the shoe of John Harvard for good luck.

We will then cross the Charles River and arrive in the center of the intellectual capital of the country. We will visit Copley Square and see beautiful Trinity Church. Next up is a walk along the Freedom Trail and through the Boston Common. We will break for lunch at Quincy Market. After, we will visit the site of the famous Tea Party and the USS Constitution.

In the late afternoon we will depart southwest for an evening arrival in New York.

Its a little pricey trip but overall the trip was really good. the condition of bus was decent so the journey was comfortable. our tour guide "Zee" was amazing. over an enjoyable trip

Excellent use of time in Boston. I appreciated visiting Harvard U. Our guide Jonathan was excellent - very knowledgeable. I booked the trip to have a guide who spoke also in Italian for my cousin visiting from Italy. Joanathan explanations were excellent in Italian as well. Our drivers Carlos & Jose drove very safely; I always felt safe. All in all a very pleasant experience.

I really liked the tour! Boston is a piece of Europe. Similar to England! THE GROUP WAS WONDERFUL! The guide was excellent, his name was Michael. WE ARE VERY LUCKY WITH Him! he is smart and funny, and knows very much!