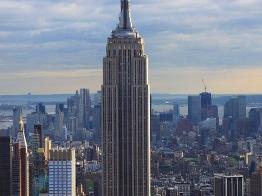 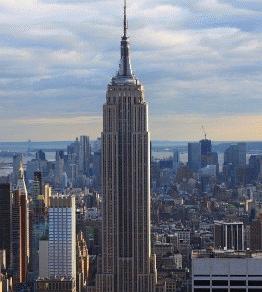 This is the best way to experience New York City! Guests will be picked up in the morning to embark on a comprehensive sightseeing tour of the greatest city in the world. Along the way, we will stop by some of New York's most iconic attractions, including bustling Times Square and solemn Ground Zero. Witness the madness as businessmen try to turn profits at the New York Stock Exchange on Wall Street. Then, we will see Trinity Church, the oldest church in the city, before continuing on to Brookfield Place (formerly the World Financial Center), and Federal Hall. Afterward, we will head to the Flatiron District to see the famous Flatiron Building and Madison Square Park. Our next stops will be the South Street Seaport, the US Custom House, which is named for Alexander Hamilton, and then Fifth Avenue, the most famous shopping street in the world. Then we will visit Rockefeller Center and see the Set of the Today Show. Across from Rockefeller Center we can see St. Patrick's Cathedral, a magnificent Catholic church built in the Neo-Gothic architectural style. As we make our way through Central Park, we will pass through Strawberry Fields, a section of the park dedicated to the memory of musician John Lennon, until we reach the Dakota, the last stop on our tour. Guests will return to the departure point, bringing an end to this comprehensive day of sightseeing. During this tour, there are also some passing-by-landmarks, including Ellis Island, Central Park Zoo, Tiffany's, Brooklyn Bridge, St. Paul's Chapel, Verrazano-Narrows Bridge, Hudson River, East River, FAO Schwarz, Lincoln Cener for the Performing Arts, Chrysler Building, Met Life Building, Trump Tower, Plaza Hotel, City Hall, Washington Square Park, New York Public Library, Greenwich Village, SOHO/Tribeca,Macy's and Harold Square. Please see "Departure and Return" for more detailed information regarding pickup and drop-off times and locations.

It was an okay tour. Nothing great. Did not have time to really do anything except take a photograph in seconds ..