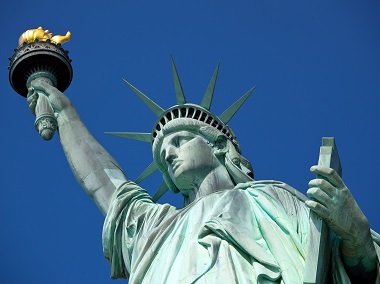 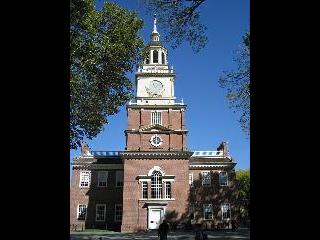 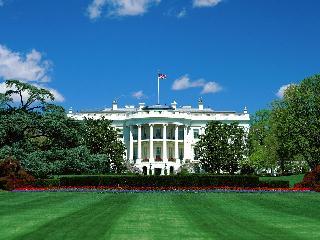 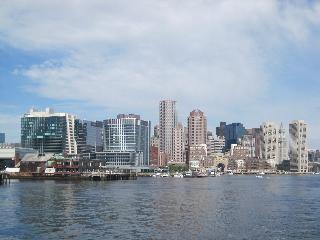 Airport(JFK/LGA/EWR) Pick-up Information:
1. Every day from 9:00 to 21:00 (Please be noticed the listed time refers to the meeting time with our staff after claiming your baggage.); we provide complimentary airport pick-up at two major airports of New York: JFK and LGA, Flushing (9:30 to 17:00), and Chinatown in Manhattan( 18:30).
2. If customers arrived outside of the complimentary airport pickup hours, we can arrange 24 hours airport pick-up service for $120(include first 1st and 2nd persons, $10 for each additional person).
3. For guests arrived at Newark Liberty International Airport (EWR), you can take either hotel shuttle or a taxi to your hotel. We offer paid airport pick-up service at a cost of $120 for the first two passengers and extra $10 charge on each additional passenger.

Thanks for choosing your vacation with us! You can choose any one of the major airports in New York City (JFK, LGA, EWR) when you book your flight. Our professional tour guide will meet you at the baggage claim area for the domestic flight; for an international flight, please arrive at the Passenger Waiting Area for pick up. (Passengers, who arrive at Terminal 7of JFK Airport, please wait outside of the baggage claim area.)

Passengers will be picked up in the morning. Today we will embark on a tour of New York City. We will passing by NYC Trinity Church, and our first stop will be the Wall Street, where we can see the world's famous stock exchanges, as well as the signature sculpture, Charging Bull. From there, we will take a Statue of Liberty Cruise. After, we will pass by Rockefeller Center, Fifth Avenue, and stop at the One World Observatory (will visit Empire State Building instead if close). Our day concludes with visits to Times Square, Madame Tussauds Wax Museum, Metropolitan Museum of Art (will visit Museum of Modern Art instead if close), New York Night Tour.

Today, we will drive to Philadelphia to see Independence National Park, the location of Independence Hall and the Liberty Bell. Afterwards, we will continue on our way to Washington DC to have U.S. Capitol (outside visit), Supreme Court of the United States(outside visit), Library of Congress(outside visit), and take some photos of the exteriors of the White House. We will also visit the Lincoln Memorial, the Vietnam Veterans Memorial, and the Korean War Memorial. We will have a night tour at the Washington Monument, the World War II Memorial, and the Thomas Jefferson Memorial.

Driving through the hilly countrysides of Pennsylvania and New York state, we will enjoy the rural scenery as we head north to visit the Corning Glass Museum in Corning, NY. We will then continue on to Watkins Glen & Finger Lake. Later, we will arrive at Niagara Falls to take a Niagara Falls Night Tour.

In the morning, guests will then visit the Whirlpool State Park, Old Fort Niagara State Park . Then, we will have the chance to ride the famous Maid of the Mist, Niagara Jetboat and have a Daytime View in Niagara Falls. Afterward, we will drive to Boston.

In the morning, we will start the tour with explore Cambridge and Boston, including Harvard University and the MIT. We will also take the Boston Harbor Cruise and have lunch at Quincy Market. We will also pass by: Old Trinity Cathedral, Hancock Building, Boston Athenaeum, Boston Park, Swan Lake Park, and overlook the Golden Dome of the State House.

All purchases are subject to re-confirmation within 2-3 business days after booking. Please do not book the airline tickets until you received the confirmation.

I know it been a while after our East Coast tour from TakeTours but we had a great experience during this period. It was an unforgetable experienced that I can treasure. Also, thank you to our tour guide Mr. Winston. It was a great time through your help and guidance during the tour. Actually, we are planning to book another tour with them for our Las Vegas tour this coming March 2020.

We were family of 4 and this was our first tour with taketours. The experience was awesome. Everything went as per plan. The purchase all optional meal and it was good spread out buffet meal. The tour guide "Evan" did excellent job in managing time of all the parties. He keep providing detail information about each monument which is added advantage of taking tour bus over driving self.

Overall the tour was excellent. Superbly managed by our guide Jason Liu. He is one of the most experienced guides and did an excellent job in co-ordinating the tour even for anyone visiting with kids and family like me. The bus could have been a little cleaner and better but the rest was wonderful.Overall 5 stars from me and special thanks to Jason for making the tour memorable.

It was a great experience. Evan, our tour guide is funny and able to explain the history of each place we visited. I commend him for the great job! Thank u Take Tours for a wonderful experience, definitely will book again on my next trip!

Our guide Tana is very knowledgeable with American history. We have learn quite a few new things after the trip. Lobster meal is awesome. I just wish we could try more local food like this. Overall, we really enjoy our trip

This is the tour for those wanting to cover the east coast as a once in a lifetime visit while taking in the key sights. Not for those who want to go about at a leisurely pace, the itinerary is hectic to maximise the number of sights covered .. suited us perfectly. The guide was helpful, the driver and the driving considerate and overall excellent value for money. If you are not Chinese though, you may well be advised to opt out of arranged meals - otherwise an excellent package !! Hotels are a good standard - not much room for complaints

We had a wonderful time and Caroline as our guide and Kai as our driver were simply the best! Nothing too much trouble, very friendly efficient and attentive. Highly recommend both of them. Our only downside was the buffet, we now understand that your tours are targeted at Asian customers (mainly) so we had a few tummy issues after eating at the buffets with not very appetising options for us. That said we had a blast!!! Thanks and hope to see you again

What a wonderful experience!Our first trip to the US and also it was our first trip with take tours, you guys lived up to our expectations.It was wonderfully organized trip. Never mind the long,tiring and fast phased travel each day.It was indeed enjoyable.We enjoyed the hotel hopping experienced.The rooms was more than adequate. A shout out also to our tour guide Jojo,she did a wonderful job of sharing her knowledge, was helpful and entertaining.We will never forget this trip!and will definitely do it again.

Well organized tour. Covers all must see places of interest in US East coast in the shortest possible duration. Our tour guide YOYO was pretty knowledgeable and shared good insights for the places we visited

I definitely recommend this tour for anyone wanting to cover most of the to visit places on US East coast. The tour is well organized and hotel stay is pretty comfortable. Our tour guide YoYo was pretty knowledgeable about history of all the places she took us around.She did a great job with keeping the tour informative but also fun filled