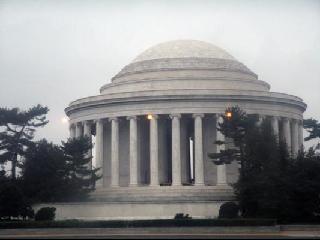 From USD $340 $345
ChatBook Now
Buy 2 Get 3rd Discounted 5% Group Discount1. Receive 5% off when you purchase 3+ rooms on the same tour (single order only).
2. Receive 3% off when you book 3+ multi-day tours with minimum order total of $500 at once. Not valid in conjunction with any other discounts or pricing offers. Airport Pick up

Today we will visit Lincoln Memorial, Korean War Memorial, Vietnam Veterans Memorial, and see the outside of White House. Then we will take a U.S. Capitol In-depth Tour including outside visit of the Library of Congress, Supreme Court of the United States. Then we will move to Madame Tussauds President Gallery. Then we will also take a DC Sightseeing Cruise. We will also pass by: US Treasury Building (the architecture on the back of $10 dollar note), Washington Monument, etc.

In winter (around Jan - March), we will replace the DC sightseeing cruise with National Museum of Natural History. At the end of tour, we will transfer to New York's JFK and LGA airports at night. Alternatively, guests may choose to fly out of Washington's DCA. Please refer to the "Departure and Return Details" for flight booking information.

Well managed trip, especially hotel accommodation is given in Hilton and Sheraton hotels, which is a good value for money.

The tour is good. Due to some unexpected situation, some places were not visited.

It was Excellent.... Tour guide made our trip rocking!