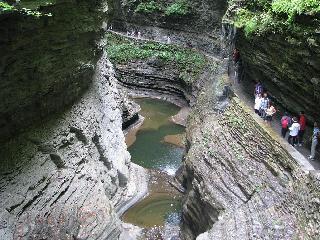 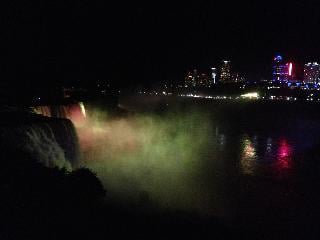 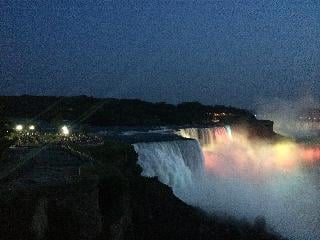 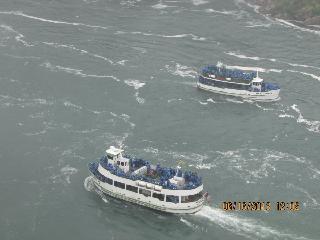 From USD $735
ChatBook Now
5% Group Discount1. Receive 5% off when you purchase 3+ rooms on the same tour (single order only).
2. Receive 3% off when you book 3+ multi-day tours with minimum order total of $500 at once. Not valid in conjunction with any other discounts or pricing offers.

Note: Please note: The order of destinations on Saturday departures will be Philadelphia, Washington DC, and then Niagara Falls.

We will begin our journey by departing from New York City, driving north past the beautiful Delaware River Gap into the heart of the Finger Lakes region. We will walk through Watkins Glen State Park and admire the beautiful waterfalls. During the winter, we will go to Montour Falls instead of Watkins Glen. Then, we will continue past Seneca Lake on our way to Niagara Falls. After we arrive in the afternoon, we will tour the U.S. side of the falls, visiting the American Falls, Goat Island and Luna Island. In the evening, we will enjoy the stunning Illumination of the Falls.

We will begin our day by taking the famous Maid of the Mist boat cruise to get as close as possible to the thundering waters of the Horseshoe Falls. During winter, when the Maid of the Mist is closed, we will instead visit the area's scenic tunnels. At noon, we will drive south through New York state, stopping the shop at an outlet mall on the way. In the evening, we will check into our hotel in New Jersey.

Today, we will leave New Jersey and travel to Philadelphia, the "City of Brotherly Love." When we arrive, we will go to Independence National Park to see the famous Liberty Bell and Congress Hall. We will stroll down Elfreth's Alley, the oldest continuously inhabited street in the country. After that, we will go on a panoramic tour of the city that visits the financial district, the Benjamin Franklin Parkway, the historic parts of the city and more. On our way out of Philadelphia, we will pass the famous Rocky Steps before traveling north to Lancaster, PA to see the Amish Farm and House, where we will be able to learn about the life of the Amish people who live there. We can take an old-fashioned horse-and-buggy ride! Afterwards, we will travel to Washington, DC, where we will spend the night.

We will begin our day in Washington, DC by visiting the Jefferson Memorial, located by the tidal basin, which offers the best views of the Japanese cherry blossoms. After that, we will visit Arlington National Cemetery to see the changing of the guard and the Kennedy family gravesite. Our next stop will be Capitol Hill, where we will see the US Capitol Building and the White House. Then, we will visit the National Air and Space Museum, followed by the Lincoln Memorial, the Martin Luther King, Jr. Memorial, the Korean War Memorial and the Vietnam Veterans Memorial. In the late afternoon, we will depart for New York, where our journey will come to an end.

I had a great time and the guide was fantastic. It was worth every penny and definitely no false advertisement. Thank you