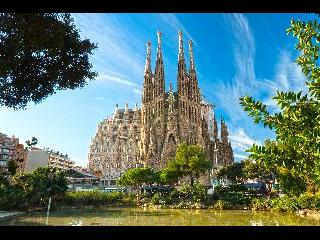 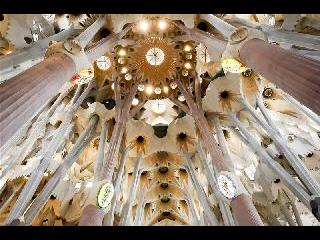 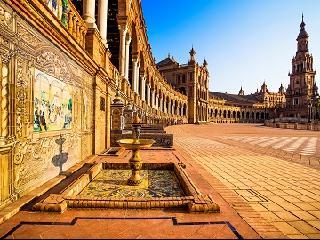 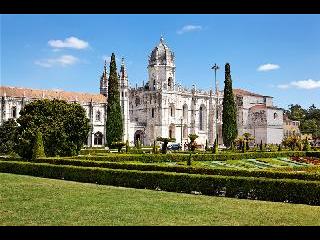 From USD $94.35
ChatNotify me when available

Starting in the Spanish capital, Madrid, we will pass the Cibeles Fountain by coach before arriving at the Plaza Mayor, Piazza di Spagna, Plaza de Colonand Royal Palace of Madrid. Next stop is the Puertadel Sol. In the square, you can shop for speciality leather goods, clothing and traditional Spanish souvenirs in Spain. In the afternoon, we say farewell to Madrid and head to party town of Zaragoza. After arriving Zaragoza, you'll visit the Basilica of Our Lady of the Pillar, which is a Roman Catholic church in the city.

Standard Hotel: 3* hotel in Zaragoza or city nearby

In the morning, we will drive to the coastal city of Barcelona. Our first stop will be at the Columbus Monument, where we will begin to stroll down La Rambla and eventually come to the Sagrada Familia. Then it's on to photo stop at Camp Nou, the famous home of F.C. Barcelona. We will also visit the Anella Olimpica. With the time we have remaining, we will bustle around Plaza Catalonia for some free time for shopping.

Standard Hotel: 3* hotel in Barcelona or city nearby

After breakfast in the hotel this morning, we will leave Barcelona and head to Valencia, where we will visit Modernism Plaza, the Ancient City Gates and the Valencia Cathedral. Afterwards, we will drive to Alicante and overnight there.

A city and port in Spain on the Costa Blanca. It is also a historic Mediterranean port. Amongst the most notable features of the city are the Castle of Santa Barbara, which sits high above the city, and the port of Alicante.

Standard Hotel: 3* hotel in Alicante or city nearby

In the morning, you depart for the city of Granada on the plateau of the Andalusian province. This historic city has been ruled by the Visigoths and Arabs. You will have a picture moment in front of the Alhambra, a Moorish citadel and palace, also known as the Red Palace. Then you will continue to tour the old city of Granada, with its exquisite and delicate architecture.

Standard Hotel: 3* hotel in Granada or city nearby

In the morning, we will drive north to Seville, the largest city in Andalusia. Upon arrival, we will visit the Seville Cathedral, which is the third largest church in the world. We will also see the Alcazar, Santa Cruz, the Torre del Oro and Maria Luisa Park, home of the 1992 World Expo. We will end the day by admiring the Plaza de Espana. If time permits, tour guide will add the optional excursion to Mijas.

This coastal town outside of Malaga in Andalusia is an old-fashioned Spanish white-washed village, where all the buildings are tinted with a distinctive white hue. It is a popular beach community for tourists.

Standard Hotel: 3* hotel in Seville or city nearby

Today, we will depart for Lisbon, the capital and largest city in Portugal, to see Cabo de Roca. In the afternoon, we will explore the city center and see sights like Belem Tower and Jeronimos Monastery. We will also pass through Marquis of Pombal Square and spend some free time around Rossio Square. This is a great spot to visit some local bakeries to try Portuguese custard tarts!

Standard Hotel: 3* hotel in Lisbon or city nearby

Today we will drive back to Madrid via Toledo, a World Heritage Site declared by UNESCO in 1986 for its extensive cultural and monumental heritage. By strolling across the city, overlooking the Alcazar of Toledo and visiting the grand structure of Toledo Cathedral, you will feel the bustling of Spain in the old time. Then take a well-earned rest as you sit back, catch a breath taking landscape of Spain and enjoy its rich palette of colours in natural surroundings while you are on the journey to Madrid.

Very nice tour and the price is fair. The tour guide Jeano was excellent he knew spain really well and organized all the excursion while we were on the bus. One thing that take tour need to tell the customer is what palace or cathedral if we want to go inside we need to buy the tickets online far ahead of the starting of tour. We missed a few that we want to go inside.

It was a very nice tour. Lots of places to know, although I wish there was more time enjoying places instead of being on a bus for several hours. But quite understand that it is due to distance and something we can't control. The tour guide was very informative every time it was needed. Very patient. Knows a lot of the places we went. Internet was not the best in the hotels, in some places had to pay to have access to it. Besides, there was supposed to be internet in the bus but never worked.