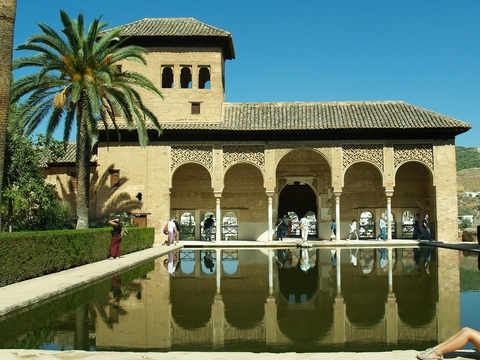 Your Trip will start in Madrid, directly to Portugal and explore Lisbon and Fatima. Then you will continue to the southern part of Spain - Andalusia, Cordoba, Seville and Marbella. Continue towards Morocco, visit Tanger, Rabat, Casablanca, Marrakech, Meknes and finally Fez before returning to Costa del Sol.

We will depart from the bus terminal in Madrid at 8:00am, making our way to the city of Trujillo in the province of Caceres, Extremadura, where we will have some free time to explore and see the Plaza Mayor many medieval and renaissance buildings that still stand to this day. Afterward, we cross the Portuguese border and continue on towards Lisbon. In the evening, we will have the option of visiting a local venue to experience the traditional Fado music of Portugal.

Trujillo is a municipality located in the province of Caceres, in the autonomous community of Extremadura, Spain. Trujillo is both a centre for tourism, with over 25 hotels, and a regional market town.

In the morning, we will tour Lisbon to see its most famous sights, such as the Alfama Quarter, the Tower of Belem, the Jeronimos Monaserio. We may also take an optional excursion to the nearby communities of Sintra, Cascais, and Estoril.

Sintra has the most historic buildings and equipped with the natural scenery that signifies the beauty of Portugal. It is approximately 18 miles from Lisbon to Sintra where is also known as the most enchanting city.

Cascais is a wealthy, coastal suburb of the city of Lisbon. There are many activities to do in the area, from beach sports like surfing and sailing to gold and tennis.

In the morning, we will depart Lisbon for Fatima, where we will have free time to visit the Sanctuary of Fatima and the Church of the Santissima Trinidade before returning to Lisbon.

Fatima is a civil parish in the municipality of Ourem, in the Portuguese Santarem District.

After breakfast, we will leave Lisbon to return to Spain. We will visit the city of Caceres where we will be free to explore the Old Town, a UNESCO World Heritage Site. Afterward, we will drive towards Andalusia, finally reaching Cordoba, where we will have dinner and stay for the night.

Caceres is the capital of Caceres province, in the autonomous community of Extremadura, Spain. The municipio has a land area of 1,750.33 km2 (675.81 sq mi), the largest geographically in Spain. The walled city has been declared a UNESCO World Heritage Site.

In the morning, we will tour Cordoba, seeing the Mosque-Cathedral, the Jewish Quarter, and more. After, we will continue on our journey to Seville. The rest of the day will be free for us to spend at our own leisure.

Cordoba is a city in Andalusia, Spain, and the capital of the province of Cordoba. The city is located on the banks of the Guadalquivir river, and its easy access to the mining resources of the Sierra Morena satisfies the population's needs.

We will tour Seville in the morning, visiting the Parque de Maria Luisa, the Plaza de Espana, the Seville Cathedral, La Giralda, and Santa Cruz, the city's old Jewish Quarter. We may take an optional tour to the Royal Alcazar of Sevilla, or spend the rest of the afternoon in Seville at our own leisure.

On our way to Marbella, we will stop in the white village of Ronda to see its famous Puento Nuevo Bridge. After some free time here, we will continue to the Costa del Sol, arriving in Marbella, where we will eat dinner and stay overnight.

Ronda is a city in the Spanish province of Malaga. It is located about 100 kilometres (62 mi) west of the city of Malaga, within the autonomous community of Andalusia.

Marbella is a Mediterranean city on Spain's Costa del Sol, with breathtaking beaches and coastline. The city is also home to several museums and theaters.

After breakfast, we will board a ferry on the southern coast of Spain that will carry us across the Bay of Gibraltar to Morocco. Once there, we will disembark and continue on a bus to the city of Tangier, where we will take a sightseeing tour before continuing to Fez for the night.

Tangier is a major city in northern Morocco. The history of Tangier is very rich, due to the historical presence of many civilizations and cultures starting from before the 5th century BCE.

In the morning, we will explore the narrow, 9th-century streets and alleys of Fez in the city's antique Medina district, one of the oldest of its kinds in the world, with its mosques, madrasas, and handicraft shops. We will have the afternoon free to continue to discover this charming city.

The third-largest city in Morocco, Fez features beautiful historic architecture that showcases the incredible works of the Arab world.

Today, we will eat breakfast and depart to Meknes to take a panoramic tour of this imperial city. Then, we will move on to Rabat, the nation's capital, where we will visit the Mausoleum of Mohamed and Hassan Tower. Afterward, we will go to Tangier for the night.

Meknes is a city in northern Morocco. Meknes was the capital of Morocco under the reign of Moulay Ismail (1672-1727), the founder of the Alaouite dynasty.

Rabat is the capital and fourth largest city of Morocco. Tourism and the presence of all foreign embassies in Morocco serve to make Rabat one of the most important cities in the country.

After breakfast, we will board the ferry and return to Marbella, where we will enjoy dinner and settle into our hotel accommodations for the night.

After breakfast, we will drive to Granada, where we will visit the Alhambra, the massive fortress complex built by the former Arab rulers of southern Spain. We may also take an optional trip to the Caves of Sacramonte and see a special flamenco show.

We will depart Granada for the imperial city of Toledo, the crossroads of medieval Christianity, Judaism, and Islam. We will eat lunch and enjoy a sightseeing tour through the city's narrow streets. Afterward, we will return to Madrid in the late afternoon or early evening.