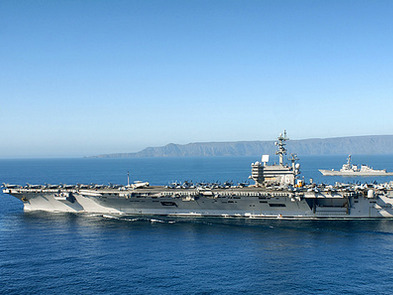 Passengers will be picked up in the Los Angeles area in the early morning. From there, we will head to San Diego, CA. Our tour of this amazing seaside city includes a Cruise of San Diego Harbor as well as visits to the USS Midway, Balboa Park, and Old Town San Diego. In addition, we will pass by the Naval Base.

After an exciting day in this amazing city, we will return to Los Angeles in the evening.

It was an amazing trip. We were able to go to places mentioned in the tour. The guide, Park was very friendly and accommodating.

Good tour. Covered all the places mentioned on time. Tour guide was really good. We are the only English speaking passengers but then we din't feel left out. He made sure to repeat everything in English again to us separately.

overall, this is a good tour, the cost is reasonable, except 3 things: 1-the e ticket show pick up time is at 7:00 AM, we were 15' earlier at the pick up place and were told by a tour guild that my trip pick up time is 8:00 AM. We wait until 8:00 and a van come to pick up us, then transfer us to another pick up place. There, we waiting more than 30'. When we on the tour bus, my watch shows 8:45 AM. You are late 1hour45 minutes. 2- the tour guild 2 times forgot to speak English after speaking Chinese about the tour, so we did not know what was he talking about. 2- The Baboa Park, one of the 4 sightseeing is so boring. Even though it is so big and has an tremendous year old, but nothing different from any park which we can see in our home town: trees, grass and the only thing do on the park is finding a tree shade and have meal. So, it's better to take this sightseeing out of the tour list

I took this tour on January 12, 2018. I was the only non-Chinese person on the tour; I took the tour alone as a single woman. The tour guide was great and let me sit in the front seat so that he could talk to me in English. He then translated his tour guide knowledge for the rest of the group in Chinese. We explored all of San Diego in one day; I cannot believe how much we accomplished. I am so glad that I took this tour. I highly recommend it!

Good tour, good visits and the guide and driver very friendly and helpful at all times

The tour and guides were good. It was Chinese driver and a bus full of Chinese visitors - we were the only two English speaking passengers. The driver/tour guide was great and let us sit right up the front so that he could explain everything individually to us in English.

This trip was beautiful. The places were covered, and the city will impress you. I would suggest do the city tour, see the history and culture of the city.

To our surprise was a Chinese tour - Chinese driver and a bus full of Chinese visitors - we were the only two English speaking passengers. The driver/tour guide Chris was great and let us sit right up the front so that he could explain everything individually to us in English. We had a great day but only concern was that when he explained everything to the Chinese passengers he had a handheld microphone which meant he drove one-handed at high speeds on the highways. Sometimes he even gestured with his driving hand which meant no hands on the wheel. If the company cannot afford a separate tour guide they should invest in updated microphones which are not handheld - surely the driver could use headsets which are much safer! Other than that it was a wonderful day which I would highly recommend.