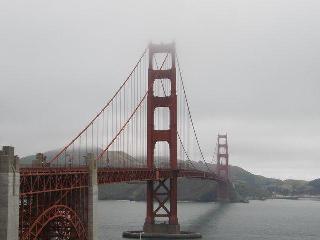 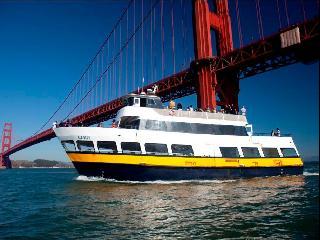 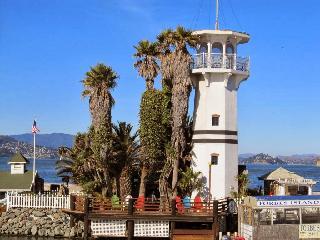 From USD $329
ChatBook Now
Buy 2 Get 3rd Discounted 5% Group Discount1. Receive 5% off when you purchase 3+ rooms on the same tour (single order only).
2. Receive 3% off when you book 3+ multi-day tours with minimum order total of $500 at once. Not valid in conjunction with any other discounts or pricing offers.

We will head to the Bay area in the morning. On the way to Monterey, we can enjoy great coastal views as well as a wealthy environment of Golf Courses and nature. After arriving in Bay area, we will visit Cannery Row, Old Fisherman's Wharf and Monterey Bay Aquarium. We will stay overnight in San Jose.

Today we will spend the day touring San Francisco, CA. Stops include Fisherman's Wharf, Chinatown, and the Golden Gate Bridge. There will also be an optional San Francisco Bay Cruise. In the afternoon we will drive to Sacramento. Spend the night at Lake Tahoe.

Founded in 1849, Sacramento was at the heart of the gold rush, Pony Express, and first trans-continental railroad. Today it serves as the capital of the state of California and one of its most important cities.

The scenic Lake Tahoe nestled in the crook of California is the largest alpine lake in North America. In addition to being a wonderful place to swim, fish, and boat, Lake Tahoe features winter activities like skiing and snowboarding.

Today we will visit Lake Tahoe, where guests can choose to take a Lake Tahoe Cruise.* Afterward, we will head to Merced, CA.

The scenic Lake Tahoe nestled in the crook of California is the largest alpine lake in North America. In addition to being a wonderful place to swim, fish, and boat, Lake Tahoe features winter activities like skiing and snowboarding.

Today we will visit Yosemite National Park before returning to Los Angeles in the evening.

I recently took this tour with my family and must say, we had a great time. Our driver, Andy and the tour guide, Derek were awesome. Derek was very informative and kind. During this 4 days tour, we were able to see so many destinations without any rush. The whole tour was comfortable and we enjoyed a lot. Hotels were also good.

We enjoyed the tour very much. Tour guide Paul provided lot of information about the attractions during our tour and is also a very good person. I wish to have him as a tour guide in all the tours I take in the future.

I just came back from this trip yesterday and had the best time. Our driver, Francisco, and tour guide, Gary, were really helpful and informative. We got to see so many destinations that we would not have been able to see otherwise because of this tour. We had a lot of time at each location and I will definitely book another tour. I especially loved Lake Tahoe, and will come back in the summer.

Took this tour the first week of January. Made really enjoyable by our tour guide Paul. Pickup and drop off arrangements were really good. The only downside was that the we spent a long time on the bus on the return journey. This tour was run by the American/Asia company.

This was for my parents who where visiting. There was no way I could have covered all these places in 3 days. Everything was good except the $14 tip we had to pay daily.

Worth the money! Our tour guide Chris was great! Pros: Good hotel accommodations, proper timings were maintained when visiting places,timely restroom breaks, bus ride isn't hectic and tiring. Cons: Our last day was spent fully on the bus. We were supposed to visit Sacramento but we just crossed the place. But the time lag was caused due to heavy snowfall on our way and we had to get back to Los Angeles. Overall our experience was great and would recommend this trip to anyone!!

My girlfriend and I were looking for an economical trip of 4 days during the Thanksgiving holiday. I found TakeTours and knew this could be the one. The cost was perfect, the ride was like riding in a limousine, and the hotels were perfect. In 4 days, this tour took us to many destinations. The driver and guide gave us plenty of time to explore the spots on our own. The one thing we didn't see on this tour was Monterey, California. Also, this tour is geared for Chinese, and Chinese-Americans. The guide speaks both. Anyway, I fully recommend this tour, you will have fun!

My Wife and I had a great trip The Driver Henry and Guide Garry were excellent. The Accommidation and Itenary were great I would recomend this tour to anyone.

Very good trip! I can't drive in CA, since roads have hardly any trees around. So this tour has made my life easy. Most things are well planned and covered. Few improvements could be - need a stay in Lake Tahoe instead of Reno, Visit to NV state capitoal is not required, and certain times break could have been taken where more food choices are there. But no worries, I would any time recommend this to anyone, especially at given price!!