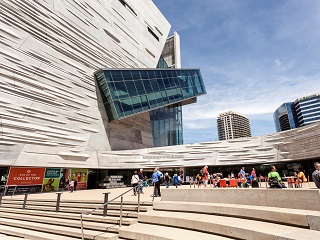 From USD $788
ChatNotify me when available
Buy 2 Get 3rd Discounted 5% Group Discount1. Receive 5% off when you purchase 3+ rooms on the same tour (single order only).
2. Receive 3% off when you book 3+ multi-day tours with minimum order total of $500 at once. Not valid in conjunction with any other discounts or pricing offers. Airport Pick up

Today guests will be picked up at IAH (George Bush Intercontinental Airport) or HOU (William P. Hobby Airport) airport. The professional tour guide will meet guests at the baggage claim area for the domestic flight, or at the Passenger Waiting Area for the international flight. After 3:00pm, we will be able to check into hotel.

First, we will stop by Toyota Center and then head to Rice University. Later, we will go for the Houston Museum of Natural Science. In the afternoon, you won't want to miss George Ranch Historic Park.

We will start our day by making our first stop to Battleship Texas, which is only remaining dreadnought battleship in WWI. Not too far from the Battleship Texas, we will visit our second sightseeing attraction - San Jacinto Monument. After that, we will head to NASA Space Center. You will not only visit the museum but also have a chance to take the little train into Johnson Space Center, where all the Space Station mission operations located and learn more about the new mission and space plan. Before the end of the day, we will visit the last sightseeing location and take the Dolphin Cruise in the Gulf of Mexico.

After breakfast, we will start our tour to Sundance Square located in Fort Worth. We will visit the Fort Worth Water Gardens and JFK Tribute. After diner, we will enjoy Redeo Night Tour.

Today we will outside visit Dealey Plaza, Sixth Floor Museum. Then we will move to Dallas Holocaust Museum, John F. Kennedy Memorial Plaza. We will also go to visit Pioneer Plaza and see the outside of Dallas City Hall. Last, we will go to the Dallas Museum of Art and George W Bush Library.

In the morning, we will arrive at Austin. We will have a chance to go inside the State Capitol. Next, we will visit University of Texas and Texas Military Forces Museum(will not be visited on Monday). After that, we will head to San Antonio. At night, we may take Night Tour in San Antonio and enjoy the river walk cruise.

In the morning, we will go to the Alamo Mission. Next, we will visit the Buckhorn Museum, Historic Market Square and the 750-foot-tall Tower of the Americas. After, we will drive to Houston.

I picked this tour because I don't want to sit in the car for too long and all other tours seem to include New Orleans. It was the first time I visited Texas and visiting the Southern US was always in my travel plan. I was a bit unsure if I should book a tour or just rent a car and drive around. In the end, I decided to go for it as I only have limited days PTO and I have to say both the tour and the lone star state didn't disappoint me. The tour itself is not too tired and gave us enough time for each attraction. TOP3 Cities: 1. San Antonio, which is very much like in Venice. 2. Fort Worth, which has the most cowboy culture. 3. Houston, not only it's a big city but also rich is the culture and attractions. TOP3 things to visit: 1. Houston Museum of Natual Science - if you are a dinosaur fan like me. 2. San Antonio river walks 3. Rodeo night tour.

This tour is pretty relaxed, not too tired. It's just long drive a few days. I love river walk at San Antonio. It's beautiful and lots of restaurants next to the river. George Ranch Historic Park was closed due to flood so they took us to outlet instead. We're pretty happy to go to outlet. There are 3 tour guides on our trips. Mark (10-13 May'19 Dallas, Austin and San Antonio), he is awesome and clearly explained history of places. He has excellent service mind as well. Thank you Mark! Tiger and Peter are also helpful and polite. Thank you both of you too.