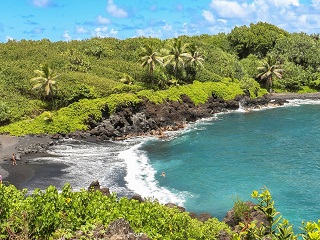 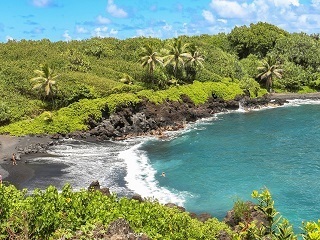 As you arrive at the airport in Honolulu, please go to your baggage claim area (domestic flights) or international exit (international flights), our escorts wearing an aqua blue polo shirt will be waiting for you. They will pick you up and drive you to hotel for check-in.

Today, we will visit Pearl Harbor to learn about the historic Japanese attack here that launched the U.S. into World War II. We will watch an informative movie and board the navy ferry boat to the USS Arizona Memorial (Boat Ticket to Arizona Memorial is not guarteed available for everyday and based on first come, first reserved basis), built on the half-sunken battleship. Then, we will take a non-stop bus tour of downtown Honolulu, visiting Chinatown, the government buildings, 'Iolani Palace, the Statue of King Kamehameha I and more.

Today, we will journey across the central part of Oahu as we head to the North Shore, passing Mokoli'i, Turtle Island and other beautiful scenic areas along the way. When we arrive at the Polynesian Cultural Center, we will enjoy dinner and a performance of over 150 dancers.

Guests will be able to enjoy their free time until it is time to transfer to the airport for their departure flights.

I found this tour and its itinerary good. I was in hawaii for 5 days and covered Oahu and Maui islands. I quality of the hotel and the transportation were good. I like their punctuality and their itinerary of starting very early in the morning for the local tour, which in case of half day tour gives ample time later in the day to explore the place on our own. Only negative point i can attribute is that some of the local guides's english was not good enough.

I highly recommend this tour. So organized and the tour guides were so helpful and friendly.

I booked this for my parents. They enjoyed it.

Well, this trip was very nice. Nice commute, nice hotels, nice views and nice guide. My daughter told me she liked him so much since he was so attractive.

The tour was very well organized and on time. Definitely recommend this tour, in case one wants to cover most of the places in a day. Ample of time is given as well. The tour guide was very informative. The commute was comfortable as well.

The tour guide was so cute. I love his jokes. Hope he would get a lot of payment because of his hard work!

I love the Diamond Head. It was beautiful and the air was really fresh. The trip was indeed what I wanted.

The bus was in good conditions. The price is very good comparing with other tour companies. The tour guide was a nice person.