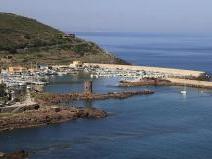 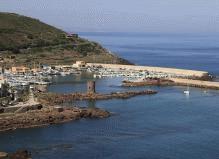 Come enjoy all the fun in the sun and sand at this seaside waterpark. One of the largest seaside water parks in the world, Beach Park boasts a wide range of fun attractions for the whole family including the Insano, the tallest water slide in the world!

In the morning, guests will be picked up from their hotels in Fortaleza. Please see "Departure and Return" for more detailed information regarding pickup and drop-off times. In this city tour, we will discover the history and uniqueness of this beautiful city. Portuguese colonists were the first non-native settlers in the area, disputing with the Dutch, and they founded a small village that would eventually grow into the modern city, which is today the 5th largest in the country.

We will experience firsthand the diversity and beauty of the city's well-maintained historical buildings, including the Metropolitan Cathedral, Central Market, the Mausoleum of President Castelo Branco, Martyr's Square, the Center of Tourism, the statue of Iracema on Meireles Beach, the raft harbor at Mucuripe Beach, and famous Praia do Futuro. A short distance outside of the city, hidden among the dunes of the Aquiraz district, we will also find the beach of Porto das Dunas, home to one of the top water parks in the world, Beach Park, a modern oasis that combines the fun and beauty of the beach with the best rides of a water park. After enjoying the city and the water park, guests will be dropped-off at their hotels to bring an end to this tour.

Fortaleza is the state capital of Ceara, located in Northeastern Brazil. The city was one of the host cities of the 2014 FIFA World Cup.