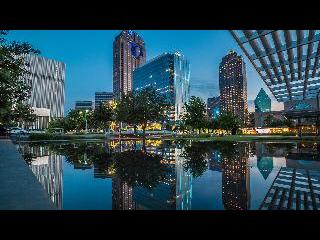 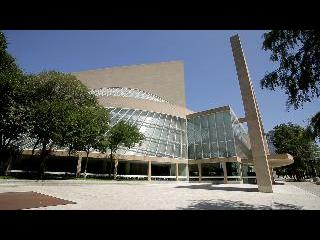 The Dallas Arts District is a rare jewel that serves as centerpiece of Dallas cultural life. Come with us in this incredible experience through the largest urban Arts District in the United States. The excursion starts with an hour walk around the Art District, where we will visit some of the finest Pritzker award-winning architecture in the world. The second hour of the excursion is comprised of a highlight tour of the Dallas Museum of Arts collection. (We will walk lees than a mile in this tour.)

We start our journey at the West End Historic District, the oldest part of the city. Located within the district is Dealey Plaza, a park surrounding the original birthplace of Dallas.  Learn about the founder of our city, John Neely Bryan.  Stop by John Neely Bryans original Log Cabin in Founders Plaza.

Dealey Plaza is also the site of President John F. Kennedys assassination.  Learn the fascinating details of that tragic day, November 22, 1963.  We will walk through Dealey Plaza, see the Grassy Knoll where one of JFKs shooters might have allegedly been, stop to learn more and for a photo of the Sixth Floor Museum.  We will also stop at the Kennedy Memorial, which symbolizes Kennedys eternal spirit.

We will explore the spectacular Pioneer Plaza, which features larger-than-life bronze sculptures, a re-creation of a Texas cattle drive, with Texas Longhorn Steers being driven by three cowboys astride horses!  You will be able to cross over the stepping stones to the top of the hill for some spectacular views (another Instagram moment)!

We will then walk through downtown Dallas Main Street to see the iconic Eyeball, a 30 tall sculpture by artist Tony Tasset.  You cant visit Dallas without learning about the original Neiman Marcus Department Store or the history of 7-11, both founded in Dallas!

The last segment of our excursion covers the art district (the largest one in the US) with lots to see and experience in this area; from the citys most important art institutions to the incredible Klyde Warren Park.

Come with us on this incredible journey to discover what makes the BIG D an incredible destination.