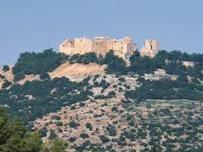 Visit Ancient City of Jerash. Head to Ajloun. Select one of Um Qais and Anjura to enjoy your day. Inclusion: Pick up from Amman, Dead Sea and drop off at Amman and Entrance fees, Lunch.

To start our tour, we will take a 45-minute drive north to the best-preserved example of Roman civilization, the ancient city of Jerash, JO. This amazing site features soaring hilltop temples, handsome theaters, spacious public squares and plazas, baths, fountains, and city walls pierced by towers and gates. The Jerash Festival, held in July every year, features folklore dances by local and international groups, ballet, concerts, plays, opera, popular singers and sales of traditional handicrafts. After, we will head head to Ajloun, JO to visit Ajlun Castle, which was built in 1184 AD to control the iron mines of Ajloun and to deter the Franks from invading. After a stop at a local shrine in Anjara, JO, we will eat a local lunch.

From there we will continue on to Umm Qais, JO, which commands a magnificent view over the northern Jordan Valley, the Sea of Galilee (Lake Tiberias), the Yarmouk River Gorge, and the Golan Heights. Guests can take in the sights and then dine on the terrace of a fine restaurant with a breathtaking view of three countries.The Al-Himma therapeutic hot springs are located around 10 km north of Umm Qays and were once highly regarded by the Romans.

Jerash, the Gerasa of Antiquity, is the capital and largest city of Jerash Governorate, which is situated in the north of Jordan. Jerash has developed dramatically in the last century with the growing importance of the tourism industry to the city.

It is a town located north west of Amman, Jordan. It is famous for its natural views and military architecture such as the Ajlun Castle.

It is an ancient town located at the north east of Jordan. It is believed that it is the place which Jesus Christ and the Virgin Mary passed through. It has a famous church named Our Lady of the Mount, designated by the Catholic Church as one of the five pilgrimage sites in 2000.

It is the district with ruins of the Decapolis city of Gadara which is consisted of juxtaposition of Roman ruins with an abandoned Ottoman-era village. When standing here, guests would view three countries around including Jordan, Syria and Israel and the Palestinian Territories.


no show the day of the services day or after - 100% of total purchase amount
Unused features are non-refundable. No shows forfeit entire payment.
There is 6% handling fee add-on to the above penalties.
NOTE: We cannot grant any refunds more than 30 days after completion of tour.